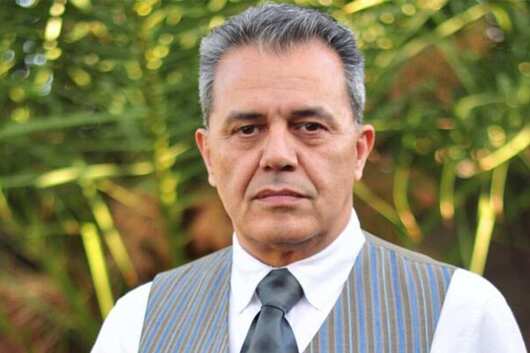 The “Save Jamshid Sharmahd” campaign addressed a letter to Federal Foreign Minister Annalena Baerbock to save the life of German citizen Jamshid Sharmahd, who was imprisoned in Iran:

we are reaching out to you in desperation and asking you to save a human life. The life of German citizen Jamshid Sharmahd, who has been held hostage by the Islamic Republic of Iran for 18 months, is in grave danger.

Jamshid Sharmahd had to make a three-day stopover at Dubai Airport in August 2020 on a trip from Germany to India. There he lost contact with his family. The family learned a few days later through Iranian state media that Mr. Sharmahd had been kidnapped by the Islamic Republic’s secret service and taken to Iran.

Jamshid Sharmahd is a political activist who has consistently criticized the Islamic Republic of Iran. According to his daughter, Gazelle Sharmahd, her father has been in solitary confinement for 555 days and has not been able to contact his family, nor has he had access to an independent lawyer or contact with family and relatives in Iran.

On Saturday, February 5, Iranian state media reported that his trial would begin the following day. The family found out about the trial again only through the media. On February 6, Jamshid Sharmahd’s trial began, which must be judged a political show trial as it is partially broadcast in the Iranian state media.

The family is extremely concerned: Jamshid Sharmahd is severely emaciated and “not himself anymore”. He is before the Revolutionary Court 15, which is presided over by Judge Abolqasem Salavati, notorious as the “death judge”. The charge is “corruption on earth,” which means the death penalty in the medieval legal system of the Islamic Republic of Iran. Judge Salavati is known to impose the death penalty. The last victim was Ruhollah Zam. Journalist Zam was also kidnapped to Iran and hanged there in December 2020.

It is of the utmost importance that the federal government act immediately to prevent the planned state assassination of Mr Sharmahd. We urge that the matter be given top priority, that a crisis management team be set up, and that the German government exhaust all political and diplomatic avenues to put pressure on the Islamic Republic of Iran. A general condemnation of the death penalty and a call to respect human rights are not enough. We urge you to take immediate, serious and sustained action to save the life of the 66-year-old German citizen and his family from this horrific act.

Martin Lessenthin, spokesman for the board of the International Society for Human Rights 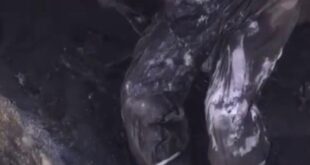 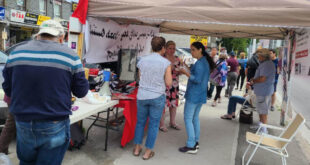 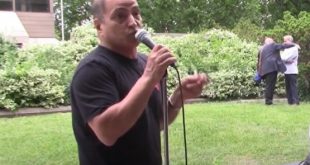 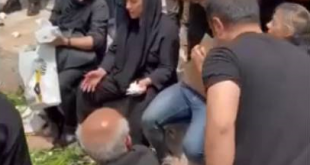